Explorations of mixed identity in film with mixed actors panel and film screenings with Q&A from the filmmakers! 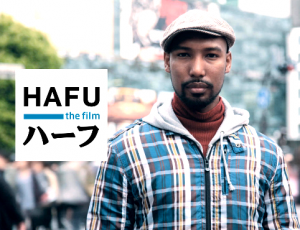 Hafu – Trailer (Japan) – 0:30 minutes – dir: Lara Perez Takagi and Megumi Nishikura. A sneak peek at a film about the experiences of mixed-Japanese living in Japan 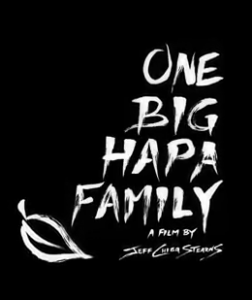 One Big Hapa Family – Trailer(Canada) – 2 minutes – dir: Jeff Chiba Stearns. “And you thought your family was mixed up!” A sneak peek at the experiences of mixed-Japanese Canadians and intermarriage in Canada

The Others focuses on the actor Lou Diamond Phillips, who says, “Playing so many ethnic characters wasn’t necessarily a prior choice on my part– it’s just this face, I guess.” Of Spanish, Scottish/Irish, Chinese, Filipino, Hawaiian, and Cherokee ancestry Phillips is an icon of difference and otherness because of the numerous ‘ethnic characters’ he’s played in Hollywood movies, especially in the late 1980’s and early 1990’s, including Mexican, Navajo, Inuit, Lakota, Puerto Rican and Arab. The Others features found footage of numerous ‘ethnic characters’ that Phillips has played and places them in dialog with each other, literally, by putting the characters into scenes together employing classic Hollywood editing style and storytelling techniques. Through these conversations comes an investigation of identity, ethnicity and authenticity. 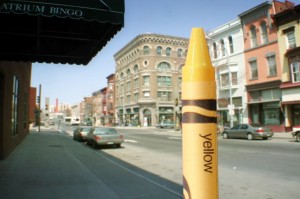 Crayola Monologues uses the crayon as a human metaphor for exploring color and identity in the United States. This animated video features crayons expressing how color hierarchies have shaped their lives. These crayons live in a world much like our own, complete with prejudice, class boundaries, social hierarchies and those who fall between the lines. Crayola Monologuesalso reveals the politics behind Crayola label changes, and gives a voice to the previously unheard perspective of crayons. 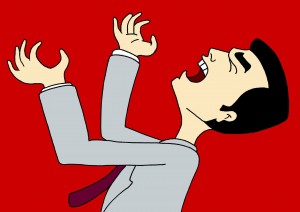 This pseudo memoir was inspired by frustration with the Census method of documenting mixed Latinos. The purpose is to show the need for changing the Census and suggests what those changes should be. 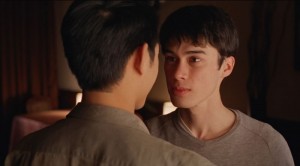 I’m in the Mood for Love(Canada) – 7 min. – dir. Jason Karman (Filmmaker in attendance) A singing telegram worker meets his ex boyfriend while having hot pot and learns to embrace his new found bachelorhood through popular song.

Nigel’s Fingerprint (Canada) – 16 min. – writer/producer: Kim Kuhteubl dir: Amy McConnal (Filmmaker in attendance) “What colour am I Daddy?” That’s what 6-year old Nigel Jenkins asks his father after he is called a nigger in the schoolyard. It’s 1974 and Nigel’s mother Mona, is black. His father David, is white. When David finds his son trying to wash away the colour of his skin, he searches for the right way to explain why Nigel’s colour is a gift.

“What Are You Anyways?” (Canada) – 10 min. – dir: Jeff Chiba Stearns (Filmmaker in attendance)

Follow the adventures of the Super Nip as filmmaker Jeff Chiba Stearns explores his cultural backgrounds growing up a mix of Japanese and Caucasian in the small Canadian city of Kelowna, BC.  This short classically animated film looks at particular periods in Jeff’s life where he battled with finding an identity being a half minority – from his childhood origins to the epic showdown against the monster truck drivin’ redneck crew.  “What Are You Anyways?” is a humorous yet serious story of struggle and love and finding one’s identity through the trials and tribulations of growing up.